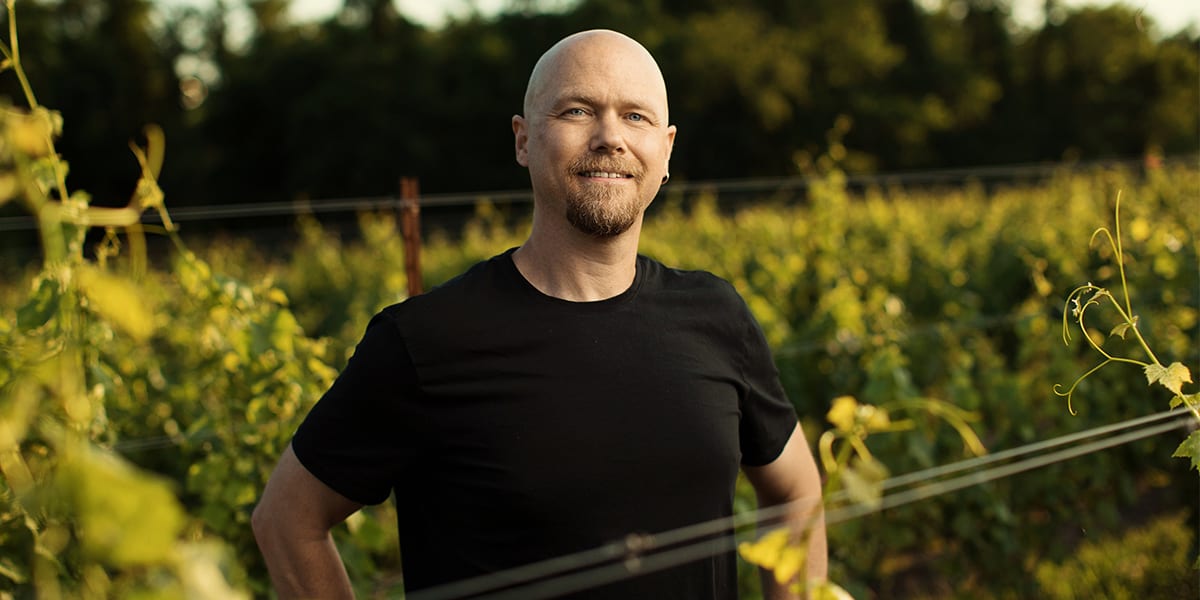 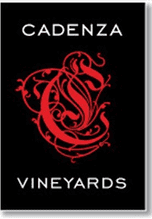 The Allegro Cadenza event on August 27th has limited seats remaining!  Save your spot here!   All event information is kept current on the PWS website or contact the Treasurers for information.  For those fortunate to have seats reserved, here are Carl’s notes on the tasting lineup.

The Cadenza Vineyards wines speak from forty years of growing grapes at one special place.  Over time we have started to understand what works for us here.  It starts with Chardonnay and moves through Cabernet Sauvignon and then Merlot and finishes with Petit Verdot blends.

Our Chardonnay Vineyard was originally planted in 1973 (along with our Cabernet Sauvignon), and while time and climate have not been kind to the vines, we have steadily re-planted with better clones and rootstocks.  In true French fashion, our Chardonnay block contains 8 different clones all ripening at different times but harvested together.  The wine tastes less of “Chardonnay” and more of “Allegro” (or, rather, “Cadenza”).  The fruit is barrel-fermented in newer French oak barrels, and it remains in the same barrel up until bottling.  The richness of the lees fills out the wine and fleshes out the flavors.

2019 Chardonnay – Our most recent Chardonnay is the culmination of my search for balance between barrels and fruit.  Struggling to balance the fermentation in barrels while retaining fruit characteristics is anathema to both techniques.  The solution seems to lie in the ripeness and chemistries found at harvest in our vineyard.

2017 Chardonnay – This vintage has hit its stride and is starting to exhibit the mature flavors that our older vintages showcase while retaining enough primary fruit to provide liveliness and complexity.

2014 Allegro Reserve Chardonnay – To show that even our whites have ageability, it was necessary to include an older one.   The 2014 exhibits flavors of honey and butterscotch while retaining enough acidity to balance the richness. 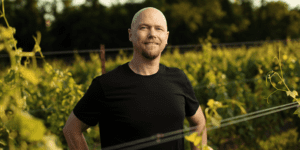 Our Merlot block was part of our re-planting in 2015.  Having sourced budwood from our friends at Black Ankle, we were able to plant clean vines on what we consider the “heirloom” part of our vineyard site. French ENTAV clone 181 on de-vigorizing 101-14 rootstock brings the yields in this iron and clay rich field down to two and a half tons per acre.

2017 Merlot – Vineyards are planted for the next generation, and our three acre block produced a wine in 2017 that justified the planting. Then a year later, we lost one third to freeze damage, and thus began the slow turning towards Petit Verdot.  Merlot is the grape that makes the wine that is easy to like … and to hate … and to love.

“Bridge” was a wine conceived initially with John Crouch back in 2001. It was meant to be a bridge between his Cadenza tradition and my own (which wouldn’t begin for another four years.)  It has come to take on the significance of being our “Second Wine” in the Bordeaux tradition. The blend changes from year to year, but the quality remains the same.

2019 Bridge – Petit Verdot 65%/Merlot 27%/Cabernet Sauvignon 8%.  2019 was a strong but not stellar vintage–hence, no Cadenza–and yet the Petit Verdot and Merlot solidly ripened. The wine is still young and still has hints of the new barrels in which it was aged and which gave it some of its tannic structure.

2017 Bridge – Merlot 36%/Cabernet Franc 34%/Cabernet Sauvignon 22%/Petit Verdot 7%.  Merlot and Cabernet Franc have such an affinity for each other and together produce blends which form a sweetness that seems incongruous to the tannic structure. This Bridge is much more gregarious and charismatic than our Cadenzas, while at the same time having a complex set of flavors and textures that draws one in.

Our flagship wine, the redundantly named “Cadenza Vineyards Cadenza” has been a tradition of Bordeaux blends since 1984.  Some years favor Merlot, while others Cabernet Sauvignon or Petit Verdot.  Time and learning has shifted this wine from its Cabernet roots to Merlot and on to Petit Verdot dominance.  But the blend has always been of the highest importance.  This is a wine that speaks to the potential of fine wine in Pennsylvania.

2017 Cadenza – Petit Verdot 41%/Cabernet Sauvignon 38%/Merlot 16%/Cabernet Franc 5%.  As young vines, the tannins on the Petit Verdot are not nearly as impenetrable as will be the case as these vines age, and therefore the Merlot and Cabernet Franc quotient is quite minimal. This wine achieves a body and richness which belies the fact that it is the first harvest off the new plantings.

The Cadenza wines are meant to be aged and enjoyed mature even though they are sometimes too enticing while young.  The Crouch Cadenzas were tough in their youth while my tradition relies on Merlot to soften the Cabernet tannins and provide a mid-palate that entices.  Typical lifespan for Bridge and Cadenza is over twenty years.  A maximum lifespan has not yet been determined.

1998 Cadenza – 95% Cabernet Sauvignon/3% Merlot/2% Cabernet Franc. The last Cadenza made by John and Tim Crouch (and the first one that I helped work on as well.)  Stylistically this is the last of its kind, relying almost solely on the Cabernet Sauvignon to carry the moniker. The early winemaking notes claim that this wine was softer in its youth than other Cadenzas of its ilk, and that staggers the imagination to ponder what the 1995 or 1991 might have tasted like when young.

All of the Cadenza Vineyards wines are aged in 100% new French oak barrels (with the exception of some whites which are in older barrels). The whites are aged for approximately 8-10 months and filtered prior to bottling while the reds are aged for 18-22 months and not filtered. 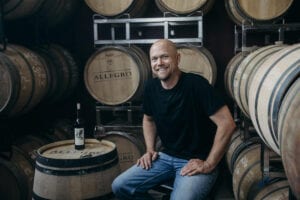 2020 Barrel Sample Blend – As the wines develop over time, we look forward to seeing how they best work together in blends. 2020, for all of its pandemical trials and tribulations, did yield wine that will find its way into the Cadenza milieu.  Taste the potential future of Cadenza.

This promises to be a delightful summer evening at Allegro!   We will be on the covered deck weather permitting; or if not, will move indoors to the barrel room.  Bring a light jacket or sweater.

Please plan to have dinner or a generous snack prior to arrival. Planned not to distract the palate, simple cheese and cracker nibbles will accompany these nine fabulous Cadenza wines.  Also plan your travel time to easily gather by 6:50 PM on Friday, August 27th at Allegro Winery—3475 Sechrist Road, Brogue, Pennsylvania 17309.  Ph: 717-927-9148.  See you there!